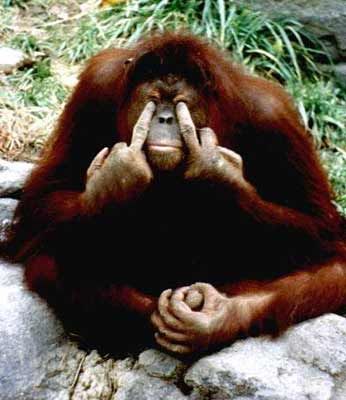 It’s actually quite difficult to define this person. He was originally a friend, a contractor and eventually a client. I met him over 20 years ago when I had my own Photography Studio ‘Siren Photography’ and was outsourcing Wedding Photography as I had too may weddings to cope with myself.

Years later we met up again but this time he had his own Photographic Business. We talked and he asked me to help him out whilst he went on holiday and did not want to close the studio down, so I decided to help him. In the meantime he said he was going to downside studios as he could not afford the rent. He then moved into a Local Newsgent and started trading at the back. Within that year I helped out by doing a couple of photshoots including a couple of weddings. He did not pay me and went on the pretense that his clients had not paid him. This was our first argument and one day I turned around and said I had enough and walked out.

A couple of years later we bumped into one another again and out came the sob story that he needed help in the studio as he had too much work to manage by himself. I felt awkward but he also asked me to build him 3 websites so I agreed even though in the back of my mind I felt wary.

As the months went on I felt uneasy he portrayed himself to be my employer and undermined me in front of his clients. Local businesses thought I was working for him as an empolyee and did not give me the respect I deserved. What became the icing on the cake was that he expected me to work from his premises for 40 + hours per week, not just doing my work but also work in his photographic studio which I hated.

I was told that if I was to walk away he would not pay me for the three websites I built for him. He was only paying what he could and not an agreed amount as per my price lists. We never engaged in contracts as he refused to sign them, he was thinking long term how to scam me no doubt.

I have known him for best part 24 years and when he was starting out as a photographer all those years ago I was offsetting Wedding Photography onto him as I was moving into a different industry.

Then last year he paid me £400 per month and I had to open his studio and work their Monday to Saturday 09.30 to 17.30 hours which is 192 hours a month which equates to £2.00 per hour which is less than the minimum wage. (This is slave labour and I allowed it to happen

) Plus the fact I built three websites for him and he basically took advantage of me. His words to me where “once business picks up” he would pay me more.

At first I thought I will see how it goes but when he started dictating to me telling me I could not conduct or promote my business from the studio, I started to get irritated by his mannerism. He was very controlling.

With this in mind I was forced to work on my business out of office hours, I no doubt lost a lot of business as I was told he would bring more work for me if I perservered working in the studio, this work never materialized.

So moving on this year he decides to close one of his studios down without any notice because he owed money to the proprietor of the premises.

Better for me, I hear you say as now I am a free agent and can concentrate on my business 100%, but what that meant was he would not pay me for the three websites of which two of them I had full control over and have closed down but he still continues to trade from the one website that I had no control over as he registerd the domain and would not forward it to me.

I threatened him with legal action and no suprize he brings my equiptment back.

Fast forward to the present day, my mistake I forgot to remove him as an admistrater to my Facebook page and low and behold he pulls a stunt by trying to delete my page. 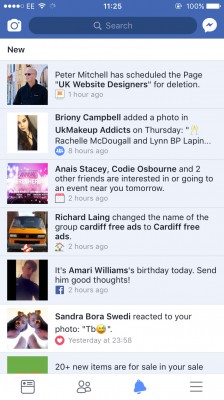 So I hear you ask why is he disgruntled?……. because one of his biggest paying customers had sourced me out and now he is reaping what he sowed.

Its not my fault that this particular customer preferred to do business with me and the table has turned.

Plus I’m laughing as I have just looked at his website and he has messed it up. It going to cost him to rectify this as I know he does not know what he is doing otherwise he would never have approached me in the beginning to design his website. He has obviously messed it up trying to attempt to make changes. What a plonker….Furthermore he has no Privacy Policy or Terms and Conditions which is illegal especially since GDPR rules came into force last month.

He is continuing to make money off the back off me, with no remorse or empathy.

In fact I should be the one to be disgruntled after all everything he has done, but I move on quickly and only express my grievances when my buttons get pushed.

Fool me once shame on you, fool me the second time I will come down on you like a ton of bricks.

Don’t get me wrong I am a happy go lucky person but if someone tries to get under my skin………watch out.

Moral of the story if someone refuses to sign a contract walk away and always delete any digital footprints if you part on bad terms.

Also if you are ever approached by this person to design a website for him be careful as I am not the first or last to be scammed and refused paying for things, he has a very poor credit rating and will pay the first few payments and them stop in his tracks with some BS excuse.

He plans to have a fishing website done sooner or later as he wants to sell fly fishing equipment online, I suggest tread with caution and ask for money upfront or decline to do business with this individual period.

Should I have made this post?, is it professional of me to do so?

The way I see it individuals like this person should not be in business if they go around scamming and exploiting people. If it means that I prevent someone else being scammed I have at least acheived something.

Don’t get me wrong I hate airing my dirty laundry out in public but there has to be a way of stopping people like this from causing mayhem and disruption to businesses. Had I have not noticed this Facebook notification he would have succeeded in destroying an income stream for me.

He will be getting a letter from my solicitor.

Always show respect and never do anything underhand as it will always catch up with you.

Be Safe and don’t be Sorry!

Moving forward he has now realized I have published a book for his client, but what he fails to grasp is the client is going back to him to get a book done to see the comparison of the quality which is not going to be anything like mine as everyone who has seen mine including a competitor of his all remarked how high quality it was. His client has confirmed he will be ordering 10 books from me regardless. Fuming for him and he who laughs last will laugh the longest. Karma is a B@@ch lol.

I have just terminated a contract with one of my domainers, who asked me to build a website for him. He also asked me to set up affiliate marketing programs which I did.

He refused to sign the contract and after two weeks of the website being live he was demanding and expecting miracle traffic and conversions.

Seeing as he did not pay for PPC advertising and the website was new I terminated the agreement on the grounds he breached the terms and condtions of my business.

He asked for his money back which was for a landing page, but I always go one step better with my clients and built him three pages and a blog. I did a lot of work and he then has the cheek to ask for his money back.

I have now blocked him off all the channels. I suppose I will find more muppets like him in the future, but each one I have a zero tolerance on and have toughened up over the years.

Don’t take any BS off anyone!

Since writing my last post about him I happened to walk past his cubicle of what he calls his studio and he only happened to see me, if looks could kill.

What gets me after our fall out I have spoken to many people including ex clients of his, no I did not poach them all and none of them had a good word to say about him, yet he prtrays himself as something really special. He should remember the time I gave him and his friend a wedding to do and they botched it to the extent the client wanted to sue me. My ex-husband at the time wanted to kill him and I remember him crying in my living room and me offering a brandy to calm him down even though he was in the wrong for ruining someones wedding photos. He actually blamed it on his friend Mike.

I should really move on and lay this to rest as I know for a fact I will never get my money back as he is a professional scammer. Good riddens to bad rubbish as they say.

We use cookies to ensure that we give you the best experience on our website. If you continue to use this site we will assume that you are happy with it.OkPrivacy policy