Remember when I first published my blog I said that this one photographer that took advantage of me by blackmailing me that in order to get paid for the websites I developed for him I had to babysit his photographic studio for free, well I thought I would teach him a lesson and persuade one of his high paying clients to come to me.

At first for the last two years it worked fine as I said I would do the work for free with upto 3 revisions. I won’t say what the project was about or name anyone but two years on this client at first would give me small monetary gifts. However recently as he is obssessed with his project he has changed from giving me monetary gifts to paying me with chocolate. Don’t get me wrong I do love chocolate, but week in and week out he just pays me with chocolate. which is a bit much.

So today I gave him the shock of his life when I produced a quote for a similar project and showed him how much he has saved as I had undercut other service providers of which this photographer would have charged him without a doubt.

So today after I showed him the quote I had made for another client, he went quiet and I think it sunk in that he has taken advantage of me too.

It will be interesting to see if he continues to pay me with chocolate and if it comes to it I will have to call it a day. 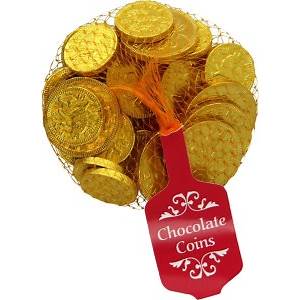 ABOUT THE OWNER POSTS